Shake it Off in Style With These Taylor Swift Party Ideas

Shake it Off in Style With These Taylor Swift Party Ideas

I was recently accused for classing a Minecraft themed party as a boy’s party idea despite the fact my job in real life is a plumber. The commenter didn’t realise that I don’t own the website layout and there will always be a need for a boy and girl party featured on the front of the website. Let’s get one thing straight – there are more things in life that require our exasperation and anger. We are all intelligent enough to know that kids can choose any party theme they like, but some themes will appeal to some sexes more. The reason I put the Minecraft party theme under a boy party was simply because each site that I sourced ideas from were for sons. If your daughter wants to have a Minecraft party – awesome! We need to stop being offended or create arguments out of nothing. There are more important issues in the world that require out attention an energy, not the classification of party themes on a website.

With that said, I’m sharing some fabulous Taylor Swift party ideas which would appeal with a tween or teenage party. Any TayTay fans will love to party in style with Taylor Swift as the theme. Essentially it’s creating a rock star vibe for the party and interweaving Taylor Swift through the use of printables which we’ve provided a link for if you choose to do this party at home.

To set the rock vibe, lay out a red carpet (or whatever colour will suit the colours you’ve chosen to theme the party with) and decorate with speakers, instruments and a ticket booth to allow for some fun role plays and photos to be captured. 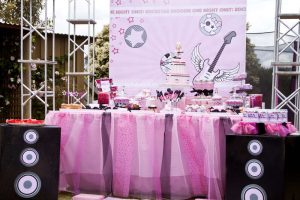 Image via Catch My Party 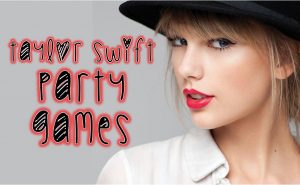 Image via Queen of the Party

For an easy craft activity, get the kids to decorate their own guitar. They can do so air guitar movements with their new creation. 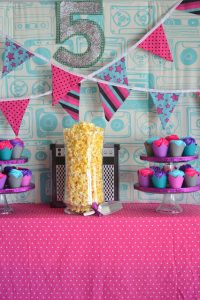 Image via A Reason To Get Together

Adorn candy tubes with Taylor Swift motifs to say thank you to guests for rocking the party.

Decorate  a three tiered cakes with Taylor Swift photos and a miniature guitar. 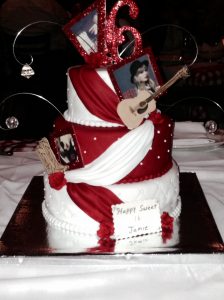 Do you have any TayTay fans in your house?